Home » Blog » How Agri-Biotechnology Can Revolutionize the Agricultural Sector In Zimbabwe. 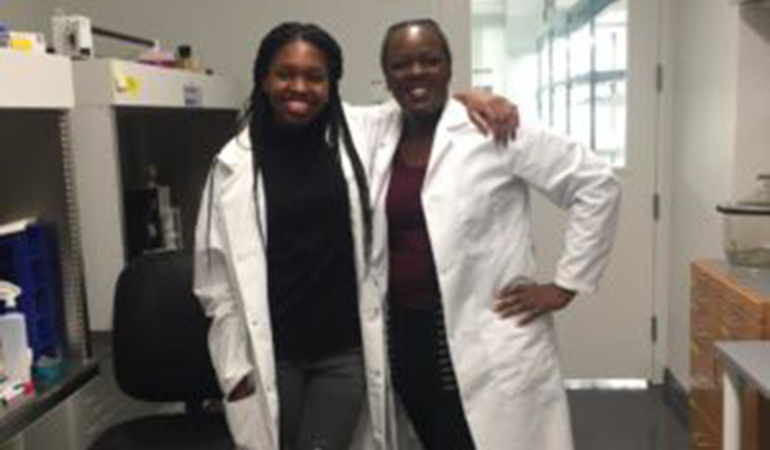 Sharing from her experience at Cornell University over a 10 and half week program, Kudzai Mafuwe, our in-house entomologist share’s her experiences:

One of the key skills I have learnt is the importance of communicating science and simplifying the jargon to break down the communication barriers between the scientists and the farmers. In the spirit of being a better communicator allow me to share a bit of what I have learnt about Agri-biotechnology at Cornell University and how I believe this is a field that can potentially revolutionize the agriculture sector given the opportunity.

Biotechnology can be defined as the controlled and deliberate manipulation of biological systems (whether living cells or cell components) for the efficient manufacture or processing of useful products. In agriculture, Agricultural biotechnology, also known as agribiotech, is an area of agricultural science involving the use of scientific tools and techniques, including genetic engineering, molecular markers, molecular diagnostics, vaccines, and tissue culture, to modify living organisms: plants, animals, and microorganisms.

In my time here at Cornell, I have spent countless hours reading/researching, learning and questioning some of the scientists who have pioneered some work in Agri-biotechnology to get a better understanding of how it all works, and why we might what to engage our own scientists to conduct more research into it. So, we can draw our own conclusions and make more educated decisions if we want to stay competitive and harness food security for all Zimbabweans.

In Zimbabwe biotechnology has been embraced in quite a number of fields including in medicine and in the food industry. It includes the oldest biotechnology processes like food fermentation and brewing, as well as the use of modern biotechnology to improve the genes related to the processing quality of food raw materials.

Some people may not even be aware that products such as insulin, vaccines, beer and yogurt and have been produced through biotechnology. The few who know this probably do not care, because let’s face it, when one is on their death bed, chances of them questioning the technology used to produce the medicine that can save their life, are very slim. And if we are honest, yogurt and beer taste really good regardless of how they are produced.

However, the reception has been different when the same concepts are introduced in Agriculture. Over the years, several scientists, including those in Zimbabwe, have employed various traditional biotechnology tools such as hybridisation/crossbreeding and marker assisted selection/or molecular breeding. These are some of the same technologies that have used to produce improved seeds such as drought resistant maize and other plant hybrids dating back to the 1940’s.

Back then, plant breeders learnt that they could make mutations happen faster with a process called mutagenesis. To put it simply radiation or chemicals are used to change the plant’s DNA and during
this rather complicated process, plant breeders then grow and evaluate each plant from each seed produced.

This technology is still being used to date but is still a very long process, as plant breeders work hoping they’d eventually stumble upon mutations that resulted in beneficial changes. Due to this challenge, the technology
has undergone tremendous change over the years as scientists have worked hard to figure out ways of transferring the desired genetic traits to crops using much faster processes. For example, the Bacillus thuringiensis (Bt) maize that was developed through agri-biotechnology that is resistant to Lepidoptera pests such as the stem borers.

However, there is still uncertainty and lack of clarity on issues especially with regards to these new and modern techniques, in many countries around the world. In Zimbabwe, this kind of work is still limited to labs in universities and research organisations where scientists work to develop and test innovations in this technology for economic development.

I am now convinced more than ever that there a great need for my fellow scientists, especially in the Agri-biotech field, to step out of their labs and take the time to break down the jargon and reach out to those who need to learn more about this technology the most. This includes the farmers who are expected to adopt these techniques and more importantly the consumers who are expected to buy the produce from these farmers. Perhaps then, a person like my grandmother can get to understand and appreciate how the technology works and learn how she and other farmers can save their crops from future pest invasions such as the tomato leafminer and the fall army worms when alternative solutions are made available to them.

For example and as mentioned earlier the Bacillus thuringiensis (Bt) maize that was developed through this technology that is resistant to these pests that could help a lot of farmers.