Home » Blog » CROPS TO TURN TO WHEN RAINFALL & TEMPS ARE ERRATIC 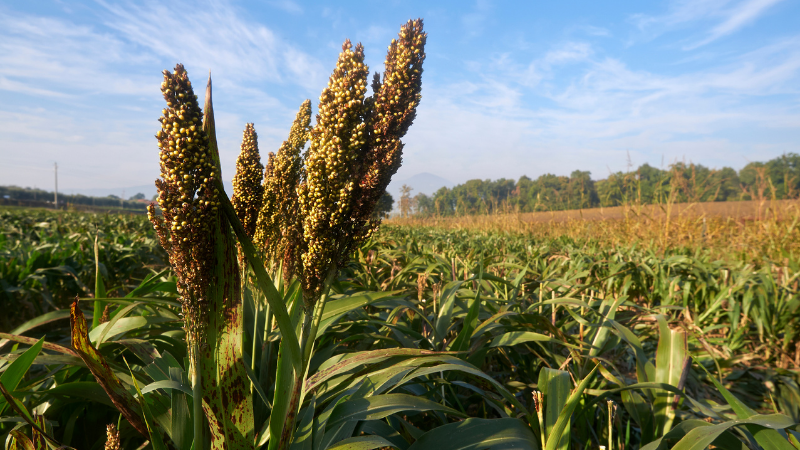 Amidst growing uncertainty and unreliability in rainfall and temperature patterns the world over as a result of global warming, here are some of the crops that farmers should consider as part of pursuing climate-smart agriculture which will enable the industry to stay relevant and productive under difficult circumstances.

Sorghum, the fifth most important cereal in the world which can be used for food, fodder and the production of alcoholic beverages, is a very drought tolerant and heat tolerant crop which is particularly important in arid regions. It has got the ability to thrive and produce under very harsh environmental conditions.

This is a group of highly variable small-seeded grasses, widely grown around the world as cereal crops or grains for fodder and human food. This crop is favored due to its high productivity and short growing season under dry, temperature conditions.

This is an annual herbaceous legume which boats of high tolerance for sandy soils and low rainfall. It thrives in poor dry conditions, growing well in soils up to 85% sand and thus forms an important crop in the semi-arid regions across Africa and Asia.

Although sunflowers perform best when grown on good land with sound management practices, it is adapted to a wide variety of soils and climatic conditions and does appreciate warm and dry climates.

An important legume cash crop for farmers which contains high amounts of edible oil and protein. Even though it is fairly drought-tolerant, production fluctuates considerably as a result of rainfall variability.