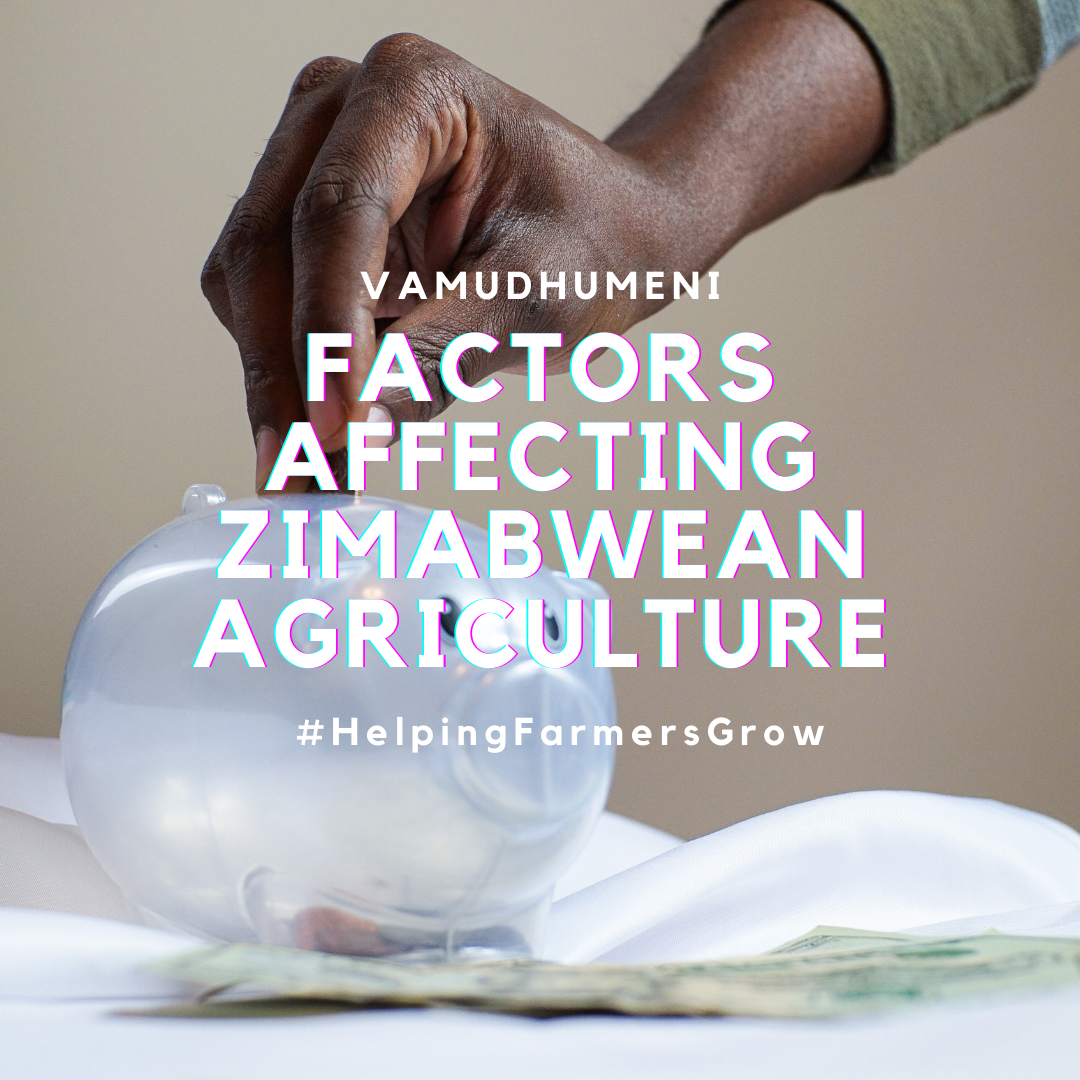 Factors eating into what was once proudly termed the backbone of the economy span from environmental and economic through social and cultural to political and institutional ones as explained below.

The lack of infrastructural and financial support especially for those farmers who are into food production. There seems to be a lack of agriculture finance (like subsidies and grants) that is packaged properly for the various sectors in agriculture (communal, small scale commercial and large scale commercial).

Exchange rate and price fluctuations which are fueling into the country’s economic state have been huge contributing factors to depressed agricultural production. Due to the inability to purchase inputs, to invest into research for growth and development and to sustain production operations, many small and even large scale commercial farms have been forced out of business. While some are thriving even in the harsh economic environment, some are long forgotten and yet to get back on their feet.

The fast track land distribution movement also to some extent destabilized and in some cases actually paralyzed the agricultural industry. The handover-takeover process was not properly done and some farms are still found wanting in-between and no real tangible production has been recorded to date. Closely tied to this is the cancerous corruption and mismanagement which continues to infiltrate and weaken the otherwise effective government, non-governmental and private support systems and initiatives.

Land ownership or possession as per the type of land tenure is also another big issue which has negatively affected Zimbabwean Agriculture as it determines the level of security that comes with a piece of land. Farmers feel free to invest more into improving agricultural production and productivity when they are in full ownership of the land. This has, however, not been the case with the insecure yet prevalent 99 year leases which have been dismissively termed unbankable by most of the financial institutions.

Zimbabwean Agriculture has also been hard-hit by deteriorating and unpredictable climatic and weather conditions due to global warming and climatic change. The unfavorable rainfall and temperature conditions have made an already risk and uncertain venture such as agriculture even more risky and therefore sometimes shunned. The country’s incapacitation in terms of irrigation equipment and infrastructure also only goes to worsen an already dire state of affairs in the sector.

With the inclusive formulation and strict implementation of a comprehensive agricultural policy that addresses these and other factors bedeviling the industry, Zimbabwe has a chance of regaining its glorious and regional bread basket status.