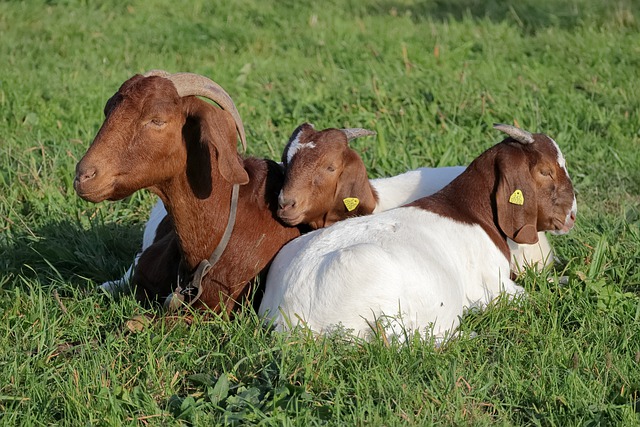 Statistically there are about 3.5 millions goats in Zimbabwe and 97% of them are owned by small-holder farmers. This has substantially improved the livelihoods of rural people through commercialization of goats. There has been a mentality shift as it finally dawned on these farmers that rearing goats for consumption wasn’t just enough. They then tapped into its potential and realised this might actually be a lucrative business. There has been a notable change in their standards of living as goat business has been one of the major income generating projects among small holder farmers over the years.

Taking a look at all goat breeds in Zimbabwe (Boer, Kalahari, Mashona, Matebele etc.), Boer breed though expensive to buy has been known to be so profitable. Weight ranges between 51kg and 81kg. This breed can survive in all climate conditions. Boer goats are less susceptible to internal parasites. Incredibly, Boer goats offer a carcass that generally lean with low cholesterol- the reason why most who are so invested in goat production, will buy that breed as compared to others.

However farmers ought to conduct strategic vaccinations and dosing, supplementary feeding, selection of breeding stock, kid rearing  and weaning.

In light of this, let’s look into management of females (does) for a start. To avoid complications during birth, young females should be mated as from the age of 12 months. However, good nutrition ensures that the animal grows faster and ready for mating. It also increases fertility and litter size but that shouldn’t be a justification for mating a young doe (less than 8months) because this will result in complications like stunted growth. Also they will have poor reproductive performance (What a loss😕).

A well-managed female can produce kids for about eight years. Pregnancy in goats lasts between 145 –150 days (five months). A mature female can only mate when she is ready (on” heat”). The heat period lasts between 24 –26 hours. During this time she should receive the male. The presence of the male in the flock triggers heat.

Below are signs that a doe is on heat

Shaking of the tail

Pregnant females should be separated from the main flock for close monitoring, at least two months before kidding. This also reduces the loss of kids. At this stage they will need quality feed supplements to enhance feed reserves in the body. This will ensure a healthy kid and  enough milk. To check whether your serviced does have conceived, farmers should make use of a teaser goats –  teaser is a sterilized male used to detect estrus in females.

Farmers ought to reciprocate the same energy they put in the management of does on bucks (male goats) as well. Thus said there is need to keep bucks in good condition and well fed too. Something worth taking note is that male goats are known to be fertile at an earlier stage than females so males have to be raised separately from females to avoid unplanned mating. This is because kidding should coincide with time of abundant feed availability so that the does will be producing enough milk for the survival of the kid.

In most cases, for breeding purposes,  bucks with horns have to be used, so as to avoid haemophrodism (incukubili/bisexual), which comes with the use of hornless/polled bucks. Bucks can be selected at an early age. Birth weight is one of the factors to consider before choosing a buck for breeding.  Likewise a male kid born weighing about 2.5kg or more kg could be selected for future breeding. Heavier and fast growing bucks should be selected as well. To increase the chances of twinning, bucks from twin birth should be selected. Lastly males not suitable for breeding should be castrated or culled.