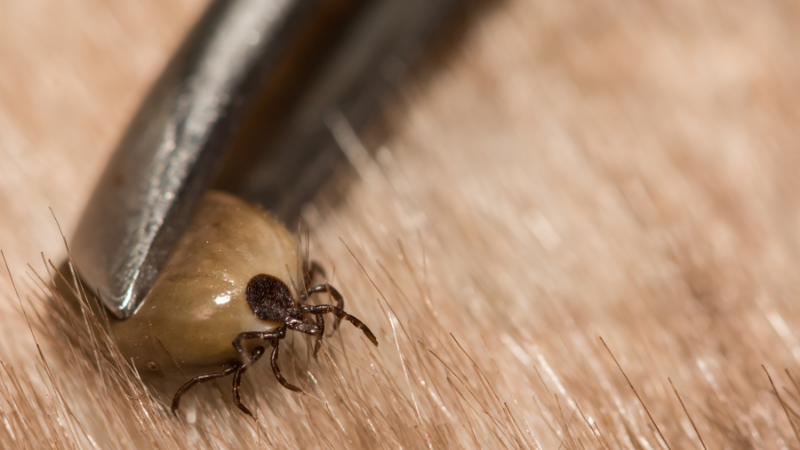 Tick borne diseases are transmitted mainly by ticks. Already infected tick transmits the parasite from one animal to the other. The best methods to control ticks is through livestock dipping in dips, spray races, hand dressing, pour on and hand spraying.

It is a disease which affects sheep, cattle and goats, caused by parasite transmitted by blue tick

After the death of the animal the blood and carcass will pale, have a big spleen, liver and gall bladder,

Heart water is transmitted by bont ticks, which are found in hot, dry bush areas.

There could be sudden death within 24 hours after seeing animals being health, but some cases survive rate could be 2 to 5 days. Animals will have very high temperature 40-41°c with nervous signs like high stepping strange movement, shivering, walking in circles, later jerky uncoordinated movements with the legs and the head pulled backwards when the animal lies down due to illness.

After the death of the animal the heart area, lungs, chest area and abdominal area will have more fluids than normal.

Treatment of animals should be done early by the use Tetracycline like terramycine LA through intravenous or intramuscular injection.

The affected animals will have high temperature, animals will not eat, dullness, with laboured breathing, red urine, nervous signs.

After death the carcass will be pale in colour to yellow and  bladder filled with red urine, enlarged spleen

The disease is more common in summer between the months of December and March with most cases being observed in January hence the name of the disease. Deaths are higher in exotic breeds like Hereford than in indigenous breeds like Mashona.

There is high death rate in the herd, high temperature,  swelling of around necks, lees feeding rate, after that there is laboured heavy  breathing with froth coming from the nose and the animal eventually fall down and dies.

The carcass have swelled lymph nodes, froth in windpipe and fluid in the lungs, stomach wall is swollen

Dipping, hand dressing of ticks found in ears and tail switch and vaccination