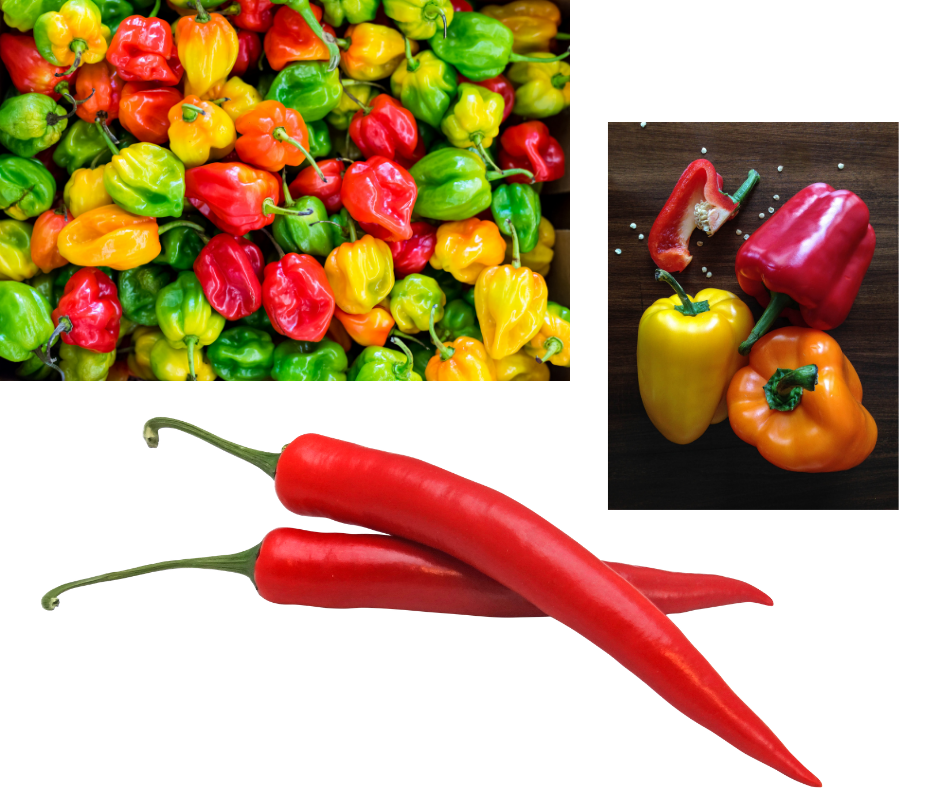 There are two main groups of peppers -Sweet (bell pepper) and Hot pepper, and they all belongs to a species called Capsicum annuum. It’s no doubt that pepper makes any food delicious by that extra flavor it adds to any dish, whether sweet or savory. Instead of buying pepper from any supermarket, have you ever considered growing it in your backyard?? If yes, what stopped you? If no, what are you waiting for?

Here are some few tips for a start

Pepper requires well drained soils and prefer sand to loam soils as compared to clay. The soils should have less chance of compaction to allow for root penetration and it should also be able to retain water. Ridging is highly recommended for improved drainage and oxygenation of the root zone. Increased soil depth also helps in promoting roots growth and keep root diseases at bay. Ph requirement for pepper ranges from 6.0-7.0. Just like most crops, pepper requires high organic content which in turn improves both quantity and quality.

Unlike Hot Pepper which can tolerate higher temperatures, sweet peppers are more sensitive to both frost and high temperatures. It is because of this that they should be planted when one is sure that frost is long gone. The low temperatures prolong the time the seedlings reach maturity for transplanting. In summer, seedlings reach transplanting maturity at 6 weeks as compared to 8-10weeks in winter. It is very important to note that the best time to plant pepper is when the temperatures have moderated since pepper is a warm season crop. Ignorance about this will result in reduced yield as very low or high temperatures will dismally affect the buds and flowers.

Spacing of pepper differs but normally farmers use 150cm interrow by 20 cm in row. On average a hectare can accommodate 30000 plants. Pepper should be planted on well raised seedbed. This encourages for drainage. In a bid to avoid some unnecessary costs, it is best one establishes a nursery than to do direct planting. Nursery should be done using float trays and to prevent the effect of low temperatures during the night, one can place the nursery inside the house. According to Windmill Farming Solutions (2014), yields are best attained when daily temperatures range between 18° and 32° during fruit set and they can get up to 10/ha. It is advisable to grow pepper under greenhouse if one wants to go big but for a backyard garden just make sure they is no huge variation between Max and Min temperatures.

When it comes to transplanting, the land preparation should be completed and the irrigation system should already be in place. Of course, there is need to monitor the amount of water irrigated. Too much or too little water will have adverse effects on yield because they will cause stunted growth, flower abortion, prevalence of root diseases to mention just a few. It is highly discouraged to plant pepper in low-lying fields next to streams and rivers as these sites are subject to high humidity and moisture conditions and, therefore, especially prone to bacterial spot. Growers need to be wary of soil borne fungal diseases which are as a a result of excess irrigation or water. Fumigation can be used to control soil insects, nematodes, weeds etc.

Harvesting time is the most rewarding time. Bell pepper may be harvested when they reach immature green stage, or after they mature to their full color, red or yellow, depending on the variety. Bell pepper matures early at 2-3 months after transplanting contrary to hot peppers which can get to 5 months. One can tell if green pepper is ready for harvest when it is firm and well coloured. The longer the fruit stays on the plant, the more it matures thus the colors red, orange or yellow.