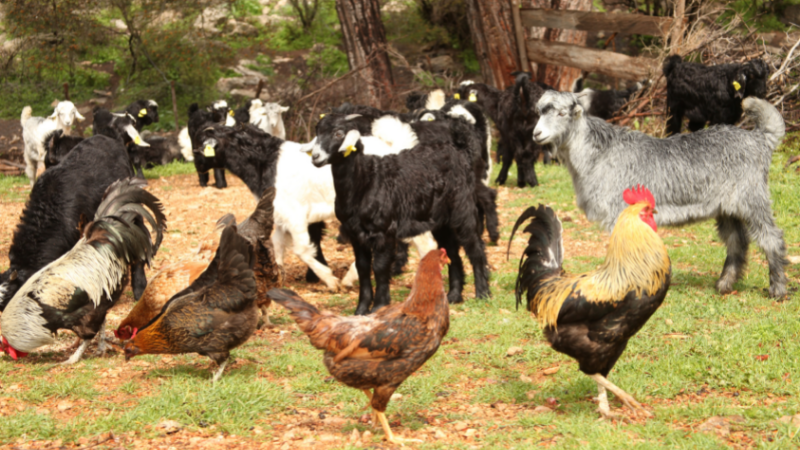 Two or more enterprises done at a farm should have a benefit to each other. This will be a way of reducing costs of production and this will also help to make farm resources be fully utilized. At a farm level nothing is rubbish and nothing should be thrown away without saving anything.

You may be wondering how exactly goes about doing this? Read further to learn more

Remember that goat dung can be used to create a favourable environment for maggot breeding using natural house fly’s or black soldier fly’s. The maggots that will be produced are good source of protein for chickens.

Maggots consist of 65% protein and 25% fat compared with 35% protein in soya based feed.

Chicken litter it considered non-protein nitrogen because it consists of nitrogen in urea form. Goats are ruminant animals and inside ruminant animal stomachs there are microbus which are called rumen microbes. Rumen microbes are protein in nature, their role in the stomach of a goat is to digest cellulose but they also feed on urea. Once they feed on urea, they will grow and multiply in numbers. Once rumen microbes are done with digestion of cellulose they will also be digested because they are protein and absorbed by the animals system.

Therefore using chicken litter to feed goats will be a way of feeding animals with nitrogen which will be turned to protein.

When using the chicken litter to feed goats take into consideration the following:

So much can be saved when goat-chicken integration is done right. When one is doing either goat production or chicken production it would be a good idea to introduce the other