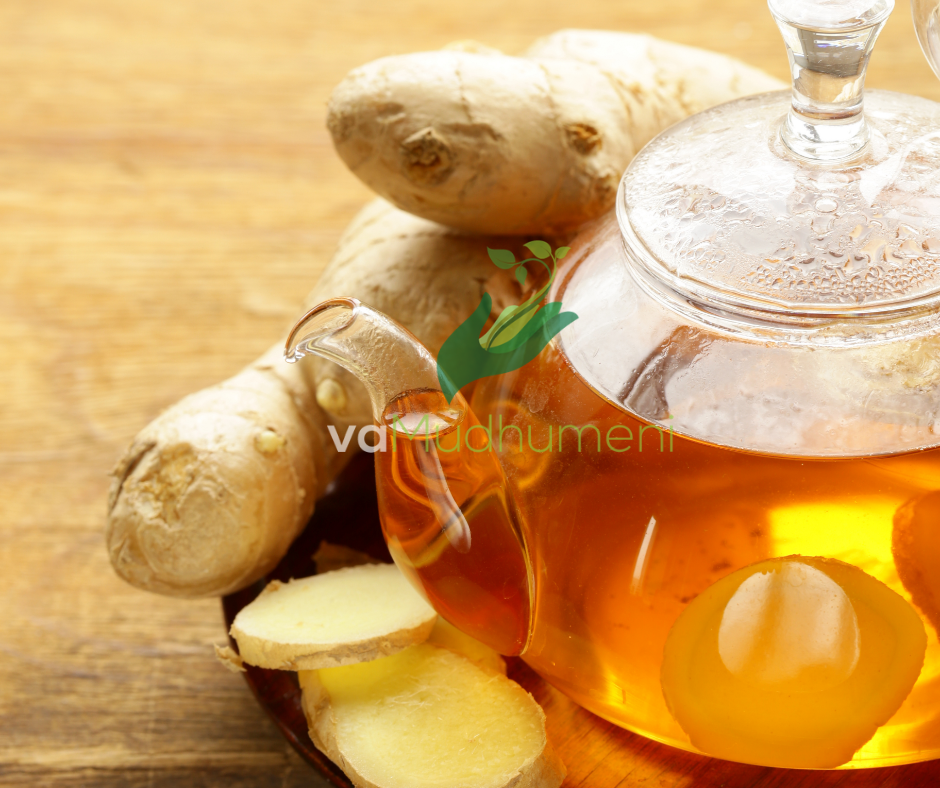 Ginger can be consumed directly but nothing can beat a cup of ginger tea. A spicy beverage, ginger tea is a warming, invigorating caffeine-free alternative to black tea/ coffee which has numerous health benefits. Widely used in various cultures to relieve sore throats or cough, ease indigestion, ginger root has been found to have anti-inflammatory and anti-oxidant properties. I love the therapeutic magic of tea and ginger has been the best accomplice. I’m in fact an addict of ginger tea and mum says it is just too much. But good news is it doesn’t have serious side effects. Common side effects may include increased bleeding tendency, abdominal discomfort and mouth/ throat irritation. Pregnant and nursing women and people with high blood pressure, gallstones, acid reflux, or diabetes should however consult their doctors before regularly drinking the ginger tea. For one thing, it would be difficult to drink of the tea to expose yourself to anything irritating or harmful. In general, you wouldn’t want to consume more than 4g of ginger a day- that is quite a few cups. It is always great anytime of the day but best to drink it is in the morning especially just after bed as it will help the body end its overnight fast, charge up metabolism and prevent nausea. Below is the basic GINGER TEA RECIPE.

1 or 2 slices of ginger root

Add one/ sugar to taste, if desired.

NB: There are many variations of ginger tea which include among many lemon ginger tea and zumbane ginger tea. All you would do is to make your ginger tea first and ten seep in the hot ginger tea the zumbanei tea or the squeezed lemon.